Year of snow, year of plenty 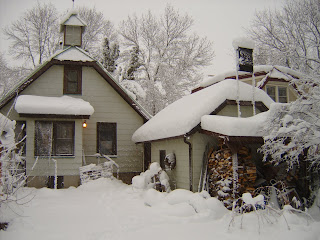 We got quite a bit of snow here a couple of weeks ago, a true blizzard. Nearly all the snow you see here fell in one day and night. The chicken tractor is pretty much buried---not that they're using it right now, anyway. You can barely see the "bee corner," but there is a hive there! We make sure the snow is cleared away from the entrance of the hive so that the bees have ventilation and can take a "cleansing flight" if they want to. Like cats, they are very tidy and won't deposit waste inside their hive. 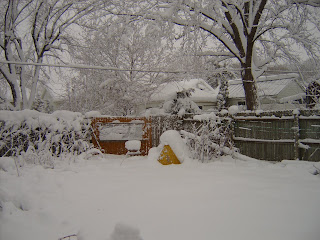 Sara, Rose and June were snug in Sophia House during the storm. They have two water sources, one down in the coop that freezes and needs to be changed often, and another up in their bedroom. That one doesn't freeze because of a little heater that also helps keep them warm at night. just before the weather turned, Steve moved the coop closer to the house and into the best spot to catch solar warmth; he also fully insulated and shingled it, too. 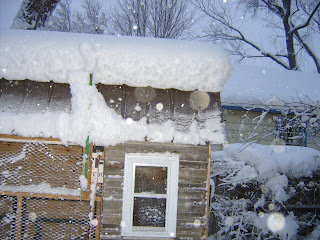 It seems this little willow tree in our backyard lost a few of its largest limbs, carrying the weight of all that snow that fell so quickly... 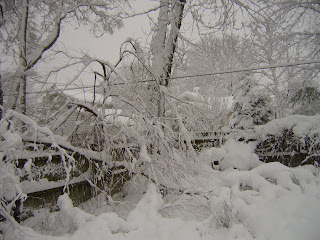 As the storm was winding down, we went snowshoeing by the creek... 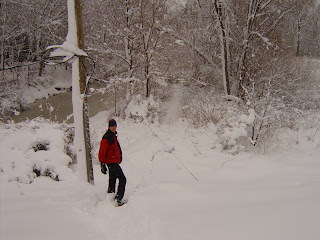 and even did a little yoga along the way: 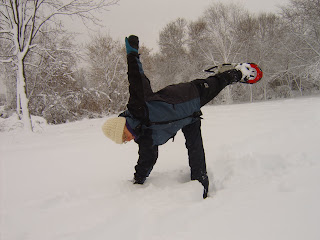 We saw this evidence of the beavers that live somewhere near by. Several years ago, on a midnight canoe on the creek, we heard one tailslap the water, and barely caught a glimpse. 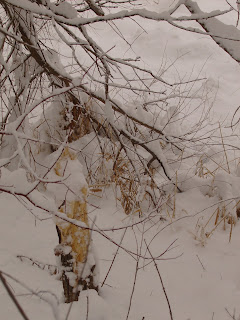 This mourning dove was perching much closer to the ground than she normally would, with so much snow coating everything; she's only about 6 feet off the ground here. 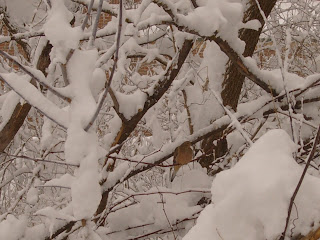 Cold and icy though it is, it's a beautiful time of year, too, with the wheel of the year having just turned on the Solstice, and the light returning now. And when it seems there's too much snow, we remind each other of the saying, "A year of snow, a year of plenty," meaning that since there is less chance of the fruit trees blossoming too soon and facing a killing frost, fruit will be more plentiful. We'll be outside less, but we have some down time now to organize and order seeds. Marina is taking a permaculture webinar course online. And soon it will be time to start seedlings! Happy New Year!
Posted by Marina and Steve at 11:42 AM