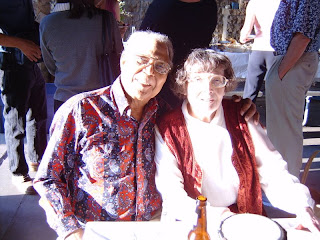 My mother worked hard for animals all of her 77 years of life, until she suddenly passed away this past March. Having founded the Coalition for Animal Protection in Omaha, Nebraska, in 1991, she served as its president until 2006, working tirelessly with CAP, accomplishing real social changes for animals. Throughout the last 17 years of her life, my mother worked with many other volunteers and rescued and fostered stray cats and dogs, cared for feral cat colonies through TNR (Trap, Neuter, Release), got mandatory spay and neuter laws passed in Omaha, helped low-income people pay pet veterinary bills, held low-cost spay/neuter and vaccination clinics, held free hay giveaways for dog houses every fall, educated the public about puppy mills and spay/neuter, helped lobby for prosecution in cruelty cases, and advocated for kindness to animals by holding demonstrations against circuses, rodeos and cruel animal experiments at Boystown Hospital, and by promoting veganism and spaying/neutering cats and dogs. CAP disbanded in 2006, but if you would care to make a donation to an animal rights group in her memory, please do it in honor and memory of the cats and dogs of Omaha, Nebraska, and consider donating to her favorite publication, the online animal rights newspaper ANIMAL PEOPLE.
Posted by Marina and Steve at 7:12 PM